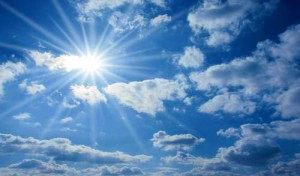 I ran into my friend, Lois while biking this morning. Circling back in recognition, we stopped, removed our ear buds and embraced. Catching up, Lois told me about a friend who is connected to a group in Africa dedicated to women’s empowerment. They are adding a sewing component to their offerings. You know how these threads go, weaving into ideas, stories, thinking together. We talked about Nepal and the unimaginable hardships the people face in the wake of the recent earthquake. It was one of those conversations where one of us would say “we’d need to find out ______” and the other would say “wait, I know someone who could tell us about that!”

But what was most lovely of all was how the conversation came around to attaching meaning to ideas. As we talked, there were lots of points where we could have decided that we knew the answer, lots of places where we could have said “oh, now I see!” But we didn’t. And the fact that we could talk about that point of communication was liberating in some way. While both of us realized that there was power and possibility in the ideas on the table, neither of us presumed to understand where anything was going but rather, treated the ideas themselves with reverence, knowing that they were only seeds of something bigger.

And I realized something about myself in the course of this brief conversation. All day long we are met with ideas, inspiration, possibility. I let these things simmer within me, allowing them to bloom on their own, allowing them to rest until they’re met with a connection that brings them closer to the surface, closer to reality. Some ideas just simmer awhile and fizzle out while others are kindled by an unseen breath, glowing brighter and brighter with connection. I merely watch and wait for my cue to get involved. I am just the incubator. And when it’s clear that I should take action, I do. This is not laziness, it’s really just a way of not presuming control but rather recognizing the gift of an idea and caring for it.

And in all of this I sometimes timidly share one of these little simmering ideas with someone else. Some people receive the idea and let it rest while others grab the idea and try to force it to the surface. The latter happens much more frequently. I’ve realized in these cases that I just move inward, protecting the idea. It’s important to know this about oneself, especially since my way doesn’t appear to be the norm. It’s important to give myself a pass to think differently.

Talking to Lois, I saw that same method in her. We talked about next steps in Nepal and how sewing machines are probably a little premature… But there may be steps in between the devastation of the now and small businesses of the future. There may be a step in between, where sewing is needed simply as a tool for healing.

For now, the seed is planted.