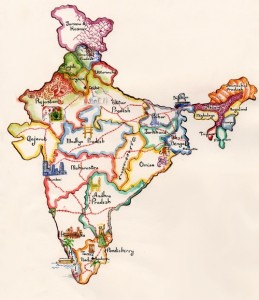 Our shipment of 15 sewing machines and 2 sergers  reached New Delhi a little over a month ago. We were so excited to learn that they’d arrived.

The machines are going to be used by the Apne Aap women’s organization in New Delhi. Apne Aap (“on my own”) was formed to educate young women with useful skills to keep them out of the growing sex trades. We were honored when we were asked to outfit their sewing classroom. Ever since learning about the journey these brave young women face, I find that I’ve reframed my own idea of what a hurdle is.

This has been quite a journey for the machines and for The Sewing Machine Project. The machines have been moving slowly through Indian Customs. There have been many moments when I’ve sat here with my head in my hands wondering if they’d ever finally make it. But as it seems to happen with the SMP, the right people have stepped forward, the right documents have been produced, and little by little, the machines have continued their journey. SMP Board members, Bernina representatives, Indian importers, and the US government have all helped in some way and I am so grateful.

I am guardedly optimistic today, hoping that the sewing machines are on their final leg and that they’ll soon be in Apne Aap’s sewing classroom. I am grateful for all of the friends, old and new, who have stepped in to provide a piece of this puzzle, and I look forward to sharing the good news when the machines are final set up and being used by the Apne Aap women. 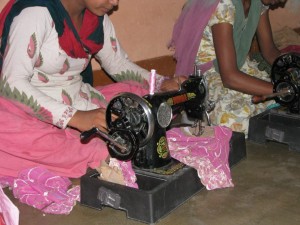