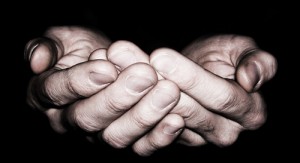 A woman stopped in our shop awhile back wondering if we were still accepting sewing machine donations to take to New Orleans, and, of course, we were. As she and I began talking I could tell there was so much more to the story. As it turns out she had purchased a beautiful new sewing machine for a dear friend of hers who was dying. Her friend loved to sew and so she thought she’d give her a wonderful gift so she could create as long as possible on a wonderful machine. I looked over the immaculate machine, with all of its extra accessories and shiny clean finish and I could tell it had been lovingly cared for.

Her friend had died 6 months earlier but it was difficult to pass on all of those things that reminded this woman so much of someone she’d loved so dearly. She finally had brought it in and knew that her friend would have wanted the machine to go to someone who really needed one.

I knew of just the person. I had been talking with individuals who had contacted me from New Orleans in the hopes of getting on the list and someday, receiving a machine. One woman had described, in detail, the work she’d loved to do and the machine she’d cherished that had been lost in the flood waters. She mainly sewed for the local Children’s Hospital, heading up a sewing group who made things for the infants at the hospital. She felt that she did her best work for charity.
I told this sweet woman in our store that I knew of the perfect recipient and that I would take special care to be sure the machine went directly to that person. I told her about the work this woman did and how her main emphasis was charity work and sewing for others.

“That’s perfect,” the donor replied, holding back the tears, “my friend never sewed one stitch for herself on that machine.” And, with that, she handed me the machine.